The adventures of:
"Cal and his manbag"
The mens fashion Chicago scene and scenery!

The mens fashion Chicago scene is a coming up phenomenon of creative ideas and concepts! The classic conservative Midwestern United States fashion sense, or lack there of, has engendered a insatiable hunger for high-fashion and options that have never-been-seen-before. Fashions that will put Chicago on the fashion map as a style capital.

The best news about this is that a new fave of designers coming up have been unexposed to and unhindered by many the trends that eventually filter their way through to this land-locked city, thus resulting in All-ORIGINAL extravagant concepts and ideas. This is a combination for LEADERS on the mens fashion Chicago scene, not just followers with their own design spin on someone elses genius.

Let's celebrate the mens fashion Chicago up-and-coming scene and the scenery of this iconic city in:
"The Adventures of Cal and his manbag."

A day in the life of a mens couture designer, myself Cal Garcia, out and about on a summer day in Chicago.

No matter where I travel I always am caught saying, "....but there's no place like Chicago in the SUMMER." (Emphasizing the word "SUMMER" as opposed to "Winter". 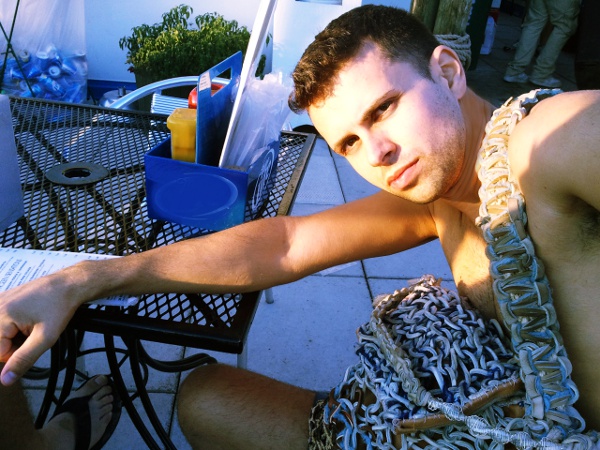 Here is a full close up of Cal's famous manbag!

I can carry everything I need to carry, my wallet, a flashlight/bottle opener, cologne, my phone, Ipad, camera, keys, a bottle of Corona my favorite beach beer. The best part is that I don't have to look like I am on my way to school, camping, the gym, or the office!

I look stylish and unique, two traits that fit my personality and best couture concept. I love a nautical posh look with navy and white, but I also love the rugged earthy look accomplished in browns and with the use of natural hemp rope!

This bag was made with many intricate practical details that make it a couture unique accessory. For instance the real silver coiled hardware detaches to be worn as a matching choker and wristband ensemble as shown below. 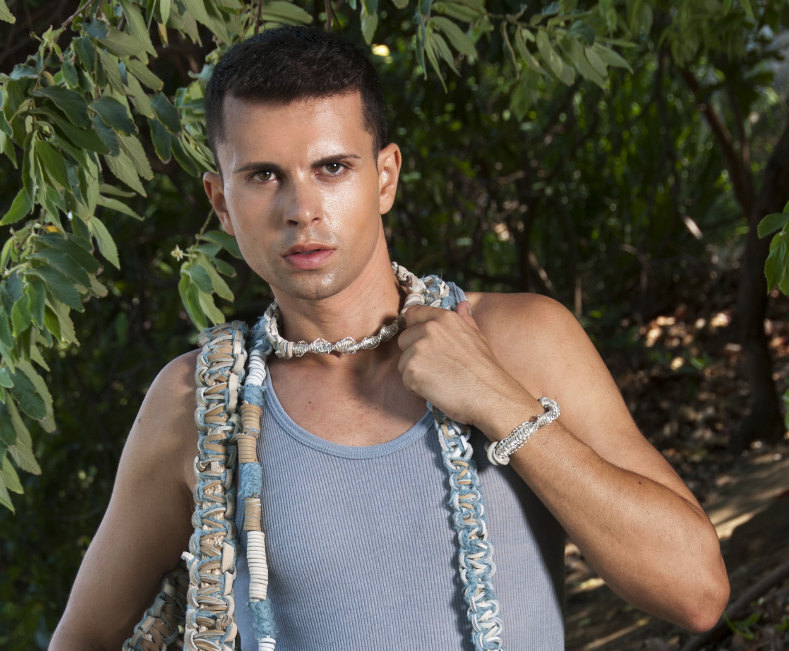 The thing is, to really shine on the mens fashion chicago scene you have to reflect who YOU are, not someone else. You will be confident and natural, and stand out as someone that knows who you are and where you are going!

Write us about it!

The most descriptive submission will get it's own page and sketch feature on the Men's Blog. Tell us why it would be a fit for your personality and style!

Or call me, and let's chat about having it made. Type in your number, google will call you, then connect you to my cell.

Next we took stroll through Linclon Park. The mens fashion Chicago adventures continues...

Click for the latest in handmade men's haute couture scarves

Click here for the best in the men's accessories revolution! Something different and new for a change!

Click here for the latest in GSb couture mens trends and inspirations! 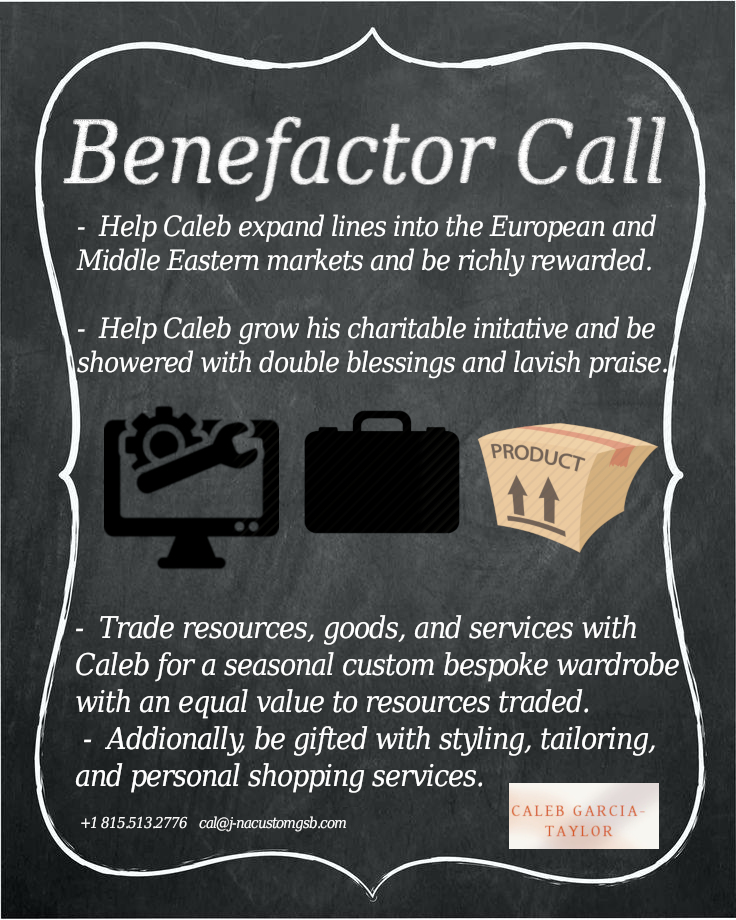 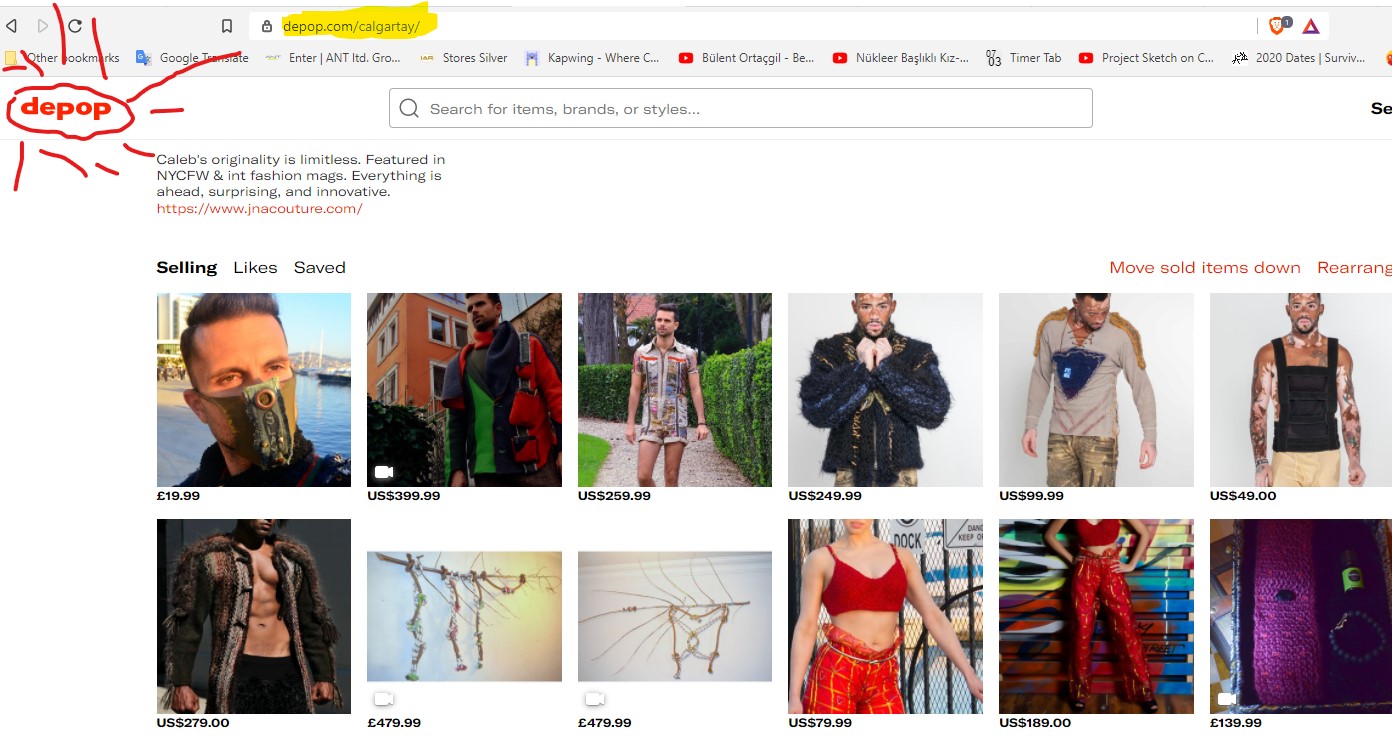